Stoneman Douglas gets set for Freedom Bowl at Milton

The first-ever Freedom Bowl will kick off Friday at Milton High School. The event’s six games are divided into a Friday night doubleheader and a four-game Saturday lineup.  Georgia teams will be represented on both days, with host Milton playing on Friday and defending Class AAAAAAA state champion North Gwinnett playing on Saturday. Six different schools from the state of Florida will also be featured in this year’s event. Among them is Parkland’s Marjory Stoneman Douglas High School, which is led by head coach Willis May. 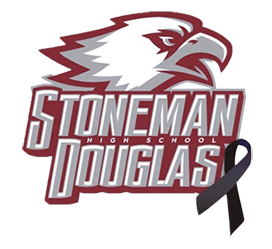 There is a natural anticipation and excitement that follows teams into the starts of their seasons, but for coach May and his Eagles, this excitement has been braided with the emotions and pain caused at the school this past February. A total of 17 lives were lost in the tragedy and it remains the deadliest high school mass shooting in our country’s history. Amongst those killed, was Stoneman Douglas alum and beloved assistant football coach Aaron Feis, who heroically shielded students from the gunfire before losing his own life.

The Douglas football team has added new routines to the standard customs of their preparation for the season. For example, there is a 17-second moment of silence observed before every practice. There is also a near life-sized banner of coach Feis that every member of the team pats on the belly before and after they take the field. Embossed on the banner is the acronym (F-Fearless, E-Emotion, I-Intensity, S-Sacrifice), which represents not only the character of coach Feis, but the way in which the team intends to play this season.

The spotlight and national attention overshadowing the school and the community in the wake of the tragedy has presented its own challenges to the healing process. But it is for this reason, that there is a therapeutic sense of freshness surrounding the start of a new season and the 650-plus mile road trip north that the Eagles will be taking to Milton High School this weekend to compete in the first-ever Freedom Bowl. 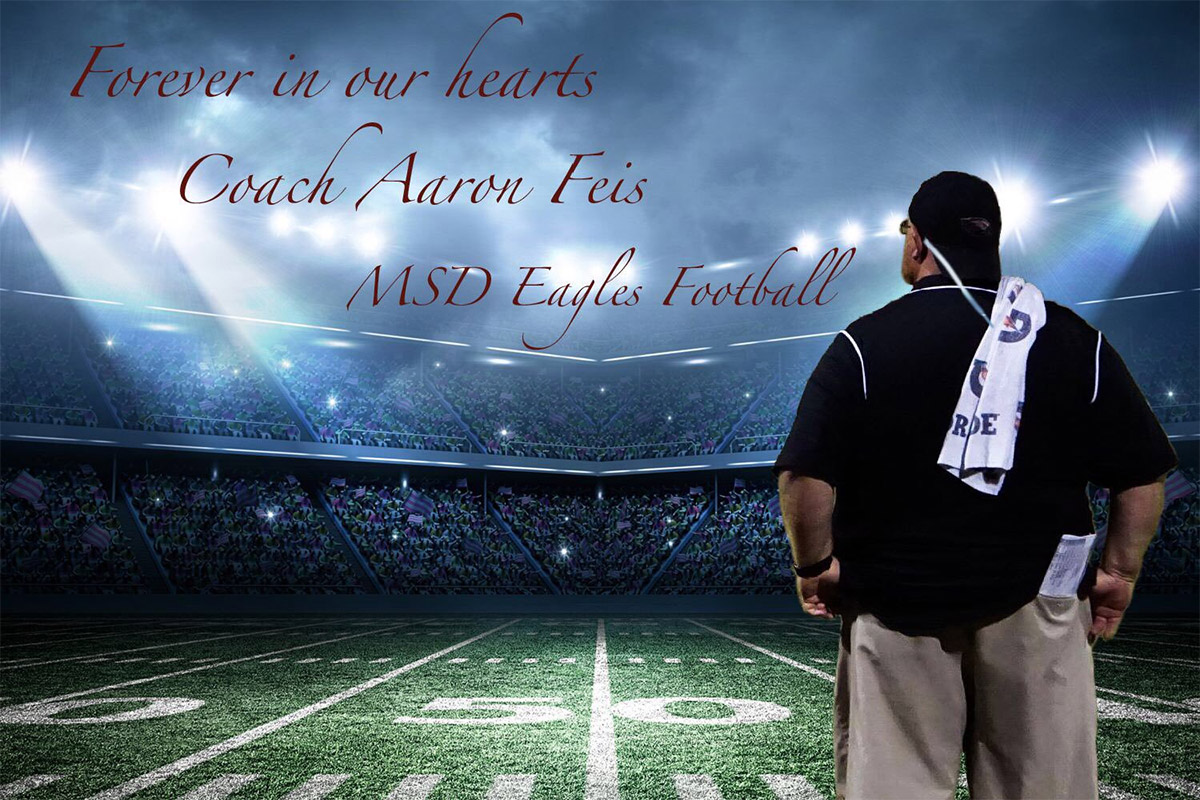 “There is a whole different feel to this game for us,” explained May. “We’ve never gotten to travel like this for a game. Since I’ve been here, the furthest we’ve gone is probably an hour down the road. This is something that the kids see the bigger teams getting to do each season and our kids are really excited about having this opportunity.”

May and his coaching staff, which includes two of his three sons, will have a talented group to work with this season. The offensive line could be the strength of this year’s team, and Ryan Kavanaugh is a returning starter at quarterback that provided the offense with a spark when he took over the position midway through last season.

“He did a wonderful job when we brought him in,” said May. “We felt like we were a little stale offensively and that we weren’t throwing the ball really well or reading the defense well enough. Also, our other quarterback got banged up and he had been taking a lot of pressure. So, we brought Ryan in and he just went crazy and had a really nice second half of the season for us.”

The bus convoy of Eagles will depart at 4 a.m. on Thursday and will be taking on St. Matthews in the 5:00 p.m. slot on Saturday. Hailing from Ottawa, Canada, the Tigers are one of the most interesting opponents that will step foot on Georgia soil this season. High School football operates much differently in Canada than in the states, and the Tigers fielded this team with an open tryout held in March that was open to any football player in grades 9-12 that competed within the Ottawa Catholic School Board or National Capital Secondary Schools Athletic Association. Jean-Sorphia Guilaume is head coach of this Canadian all-star team and they will make an 18-hour bus trip (1,156 miles) to represent their country and take on Stoneman Douglas this weekend at Milton.

“We are going there to support [Stoneman Douglas] and give them good competition,” Guilaume told CBC Canada.

Stoneman Douglas goes into this matchup with little clues to the style and schemes that will be used by the Tigers, but coach May knows what he will be looking for from his team this Saturday.

“We need to compete and execute,” said May. “I’m sure St. Matthews is a fine team and it wouldn’t matter who we played to be honest with you. We just have to execute, give great effort and just play as hard as we can. I would love to see that.”