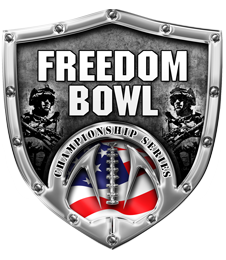 With the constant presence of evaluators from 247 and Rivals, among others, and with the nonstop nature of the sport of football—with camps and competitions filling a player’s “offseason”—it’s virtually impossible for a player to fall through the cracks these days.

We aren’t sending in VHS tapes and hoping for the best anymore.

How could it be, then, that the best quarterback in south Florida has gone mostly ignored?

According to Chaminade-Madonna head coach Dameon Jones, that’s what has happened to his quarterback, Daelen Menard—a player that has started since his freshman year (one year at Miami Pace, followed by two years with the Lions).

“He’s the best quarterback down in south Florida, hands down,” said Jones. “When you talk about bad evaluations on kids… I’ve been doing this for 15 years, and that’s a bad evaluation.

“Down here, he’s the best. And, if people don’t know, they will know this year.”

So what happened? How did Menard go from a freshman starter, already on the radar, to a largely forgotten senior still trying to prove himself?

Well, for starters, he has spent the past two seasons in a markedly run-heavy offense that revolved around now-Auburn running back Shaun Shivers, who piled up 2,241 yards last year. Still, in-season stats won’t make or break a prospect—not with the aforementioned camps and competitions to lean on.

But, for Menard, therein has lied the most brutally perfect storm. A torn labrum suffered during the state semifinals last winter—an injury he played through to help lead Chaminade-Madonna to a state title, throwing for 144 yards and two touchdowns—left him unable to participate in a single camp this summer.

No Rivals 3 Stripe Camp. Forget about Nike’s The Opening. Instead, Menard spent the spring and summer rehabbing from surgery to repair his labrum and rotator cuff.

His 247 prospect profile is blank. His Rivals page still displays a photo of him as a freshman at Miami Pace. Both list a three-year-old playing weight—30 pounds lighter than he actually is.

Daelen Menard has been forgotten in an era during which a prospect couldn’t hide if he wanted to.

All is far from lost, however. In spite of the absence of any sort of hype at his back, Menard holds offers from Southern Miss and Temple—alongside considerable interest from Ivy League programs.

What’s more, if you’ve met the young man and his support system, it becomes clear that the setbacks he has faced over the past year are being used for fuel.

You may not know who Daelen Menard is now, but you will eventually. He knows that. College football will find out soon enough.